Look, No Hands or No Driver!

Home » Features » Look, No Hands or No Driver! 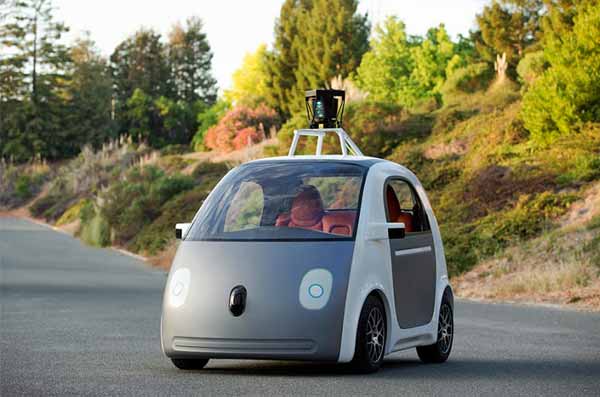 Would you take a spin in a self-driving car? Google take one step closer to making it a reality

Google have made no secret that ever since they started the Google self-driving car project, they have been working toward the goal of a car  that can drive itself completely.

And true to form they have unveiled the latest version of its self-driving car a two-seater prototype vehicle that can navigate and drive by itself and lacks many of the trappings of a normal car –  a steering wheel, brakes, or acceleration pedal!

“Fully autonomous driving has always been the goal of our project,” says the Google’s self-driving vehicle team  “because we think this could improve road safety and help lots of people who can’t drive. We’re now developing prototypes of vehicles that have been designed from the ground up to drive themselves — just push a button and they’ll take you where you want to go

The design according to Google, is not only to make the car look approachable but it means the vehicle has ‘virtually no blind spots.

Google said it plans to build about 100 prototype vehicles. Later this year its drivers will start testing early versions with manual controls.

“If all goes well, we’d like to run a small pilot program here in California in the next couple of years,” the company said

So tell us, would you take a ride in a self-driving car?