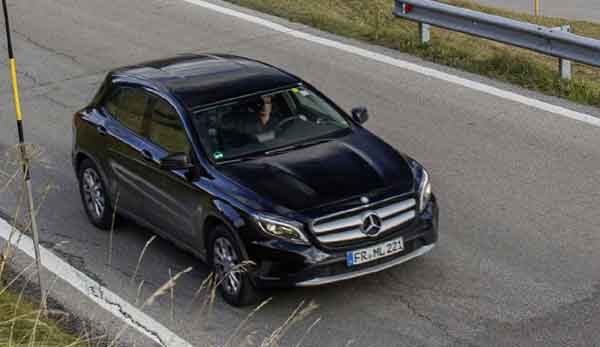 What is it? The GLA  is based on the sleek A-class and is Mercedes first venture into the Urban crossover market. Part hatchback, part SUV this is Mercedes answer to Land Rover’s Range Rover Evoque, Audi’s Q3 and the BMW X1.

Who is it aimed at? With rugged good looks and car like driving dynamics the GLA is the ideal car for people who want  SUV looks  without feeling like they’re driving a tank.

Styling? The new GLA is a very striking car, the beautiful sculpted lines give it an almost finely chiseled appearance while the heavily flared wheel arches, roof rails and cladding give it a muscular stance.

Under the Bonnet? Our test car was powered by the familiar 2.1 litre diesel engine and is only available in front wheel drive but opt for the GLA 220 CDI and you get the choice of four wheel drive.

What about inside? Inside there are plenty of similarities with both the A and CLA Class and everything feels very high quality but while there is significantly more room for passengers and luggage space than the hatchback it still doesn’t feel quite as practical as it should. The GLA’s boot is decent at 481 litres  and with the seats down it grows to 1,235 litres but the lack of overall height limits its usefulness. Rear legroom is fairly limited for adults or older children and visibility is particularly bad so you may want to get the optional rear-view parking camera.

On the Road? The GLA is based on the A Class, a car we loved when were drove it, so it rides beautifully, keeping the extra ride height under control and feels like the same low slung hatchback.  Stable at speed, it corners without rolling but is much more comfortable to drive than the A Class. The steering is light and reasonably accurate making it very easy to manoeuvre.   It is also no slouch and goes from 0-60 mph in 10.0 seconds  with a top speed of 127 mph but while well insulated from road noise the engine is a little unrefined and at low speeds this is noticeable through the cabin.

And Safety? The GLA has not yet been tested by the Euro NCAP but given how closely related it is to the A-class and CLA we would be surprised if it didn’t achieve the same maximum five-star rating that they each did. 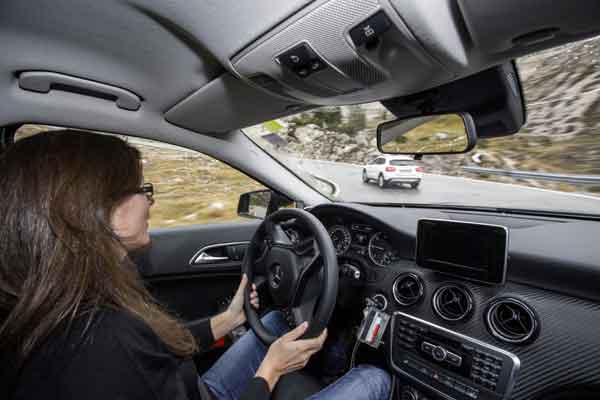 Economy? Economy is certainly a strong point with the GLA and official figures for our test car suggest that on a mix of city and country roads it would return a very frugal  62.8 mpg and has CO2 emissions of just 119g/km.

Verdict? The new Mercedes GLA is one of the most eye catching cars around and we love its aggressive profile. Sitting between an SUV and a regular hatchback the GLA isn’t quite as practical as rivals so its best suited to the role of small family car. Well priced and stylish inside and out the GLA 200 CDI  is best for  speed, emissions  and fuel economy. A little more practical than a hatchback, a little less practical than an SUV the GLA is a sufficiently good blend to make it stand out from the crowd.

Why you won’t? Tight rear Space, Noisy engine, Moving up the range is pricey

For more information check out Mercedes-Benz.co.uk or the Mercedes Benz facebook page