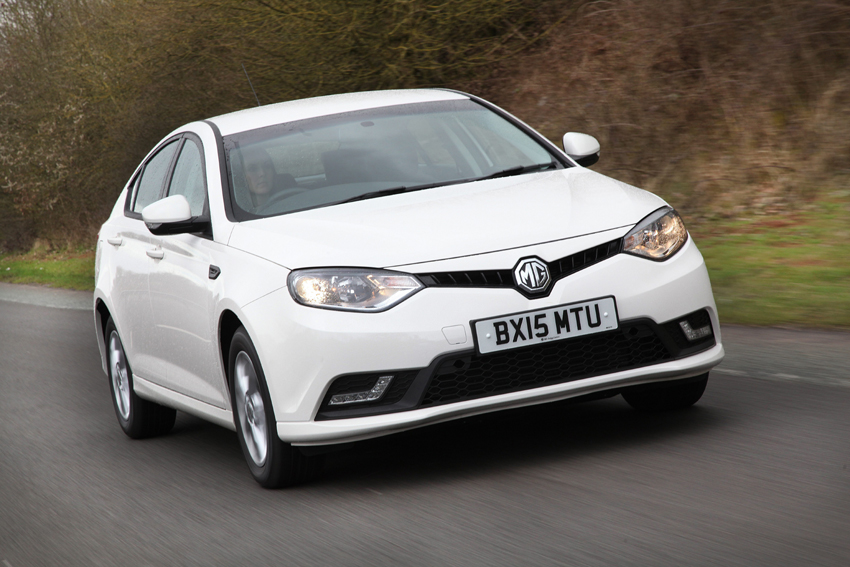 What is it? MG once the epitome of the British sports car scene has in recent times fallen by the wayside, now owned by the SAIC Motor Corporation based in China they are hoping to revive this car marque. The latest MG6 with its facelift 2015 model hopes to make more of an impact into the mid size hatchback market than the previous model.

Who is it aimed at? From the outset this is a budget priced hatchback, the new diesel engine lends itself nicely to the fleet and business buyers, whilst the space and drivability make it a great family car. The MG badge will obviously conjure up many memories for people and this could just tempt these buyers to rekindle there love affair with the MG brand.

Styling? A massive improvement on the mark 1 model, the MG6 now has a more stylish nose thanks to its sportier redesigned front end which houses new headlights and daytime LED running lights. There are flashes of chrome detailing around the grill, windows and side vents which help the exterior look a little less basic. The alloys look tiny compared the huge hulk of bodywork, but the gradual decline of the roof means plenty of room inside. The rear end mirroring the design of the Vauxhall Insignia, but missing one vital element, where has the rear wiper gone?!

Under the bonnet? Again the MG6 is only offered with one engine, this time MG have scrapped the petrol one for a diesel only option. The 1.9 litre turbo diesel has 150 BHP and has a top speed limited at 120mph. The engine works better at the higher rev range, whereas it can struggle when pottering around in a high gear. There is plenty of turbo lag which makes acceleration feel jolty and the 6 speed manual gearbox keeps up ok but isn’t smooth in movement. At high motorway speeds its a comfortable companion and the diesel engine soon settles down to a murmur. It just feels very underpowered and doesn’t fill you with much confidence when overtaking.

What about inside? The MG6 is slightly dull inside, black plastic adorns every part of the interior and only for some cheap offerings of chrome detail does that black get broken up. But the seats are comfortable and in the TL model they come electric and heated. The seating position is ok, but the clutch pedal does seem too close to the body of the car. The MG6 comes with a 7 inch infotainment touchscreen mounted into the dash which is easy to use and contains the satellite navigation, hands free and radio controls. There are plenty of buttons adorning the dash and steering wheel which does add clutter but its well equipped and easily put up with. The MG6 doesn’t lack space though and whether sitting in the front or rear you will pleasantly surprised on how much room you have.

On the road? Having such small wheels and proper tyres the MG6 doesn’t suffer the hard ride that so many low profile, sporty cars suffer from. The MG6 is never really meant to be pushed hard and you can tell that the car was designed for comfort at the forefront. Suspension soaks up most bumps and the steering is now controlled electrically which is ok at sedatory speeds but push it and it doesn’t keep up to well. Its a large car and is best suited to wafting down motorways and sunday morning drives.

What about Safety? Having scored top marks in the Chinese equivalent of the Euro NCap it only received 4 stars when tested on the more stringent Euro test procedure. The MG6 does come with airbags and ABS as standard.

What are my Options? For the price the MG6 does come with plenty of kit as standard including Bi-xenon headlights, rear parking sensors and camera, 7 inch touchscreen infotainment system and climate control all standard on the TL trim.

Will it break the bank? With the new diesel engine the economy has been vastly improved from the previous model, a combined figure of 61.4 mpg is claimed and a CO2 output of 119g really puts it in with a chance in the market. The price also has been lowered and with the MG6 TL starting at £17,995 on the road the impending depreciation values should be easier to swallow.

So the Verdict?  In a nutshell the MG6 is a mid size hatchback, big enough for the family, plenty of kit inside and a ride quality that’s comfortable. The price of the lower trim levels starts at £13,995 which offers great value for money and it would be great to see the iconic MG badge live on. But there are plenty of issues with this facelift MG6, the bland interior and cheap plastics lack durability, the 3 year warranty is a bit measly and the option of only one engine and manual gearbox does and will put some buyers off. The MG6 is a long way from being perfect but at this price and the fact its built in the UK at Longbridge it is definitely worth a look.

Why you will buy one? Price: Spacious; Well Equipped

Why you won’t? Lack of engine range; Bland Interior; Warranty