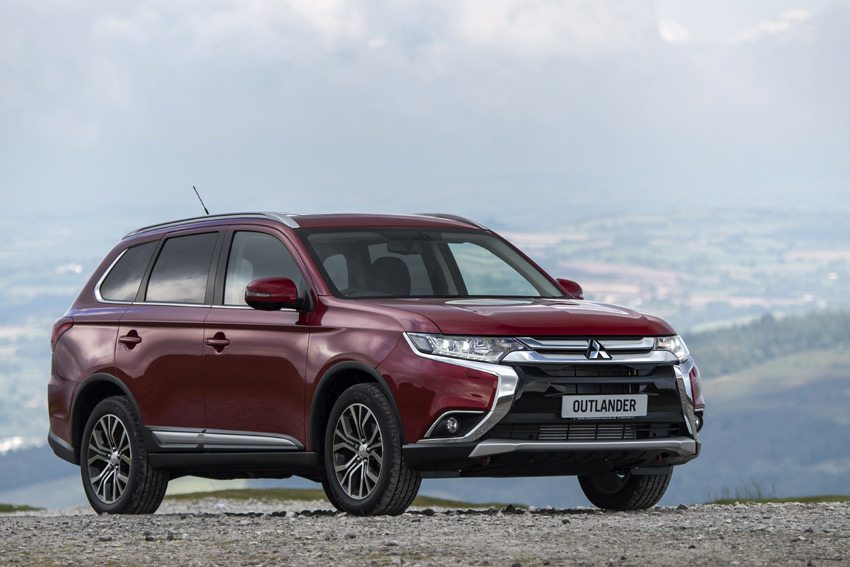 What is it? The latest freshen up for the Mitsubishi Outlander involves a new look and and improved refinement, this 7 seater 4×4 has offered up an impressive package to the competition.

Who is it aimed at? The diesel Outlander has come from a family of proven off roading abilities. Mitsubishi make rugged and strong cars which the Outlander has also taken on. The 7 seated layout and oodles of space makes it an ideal family car and the 4×4 potential lends itself to towing and farming activities.

And Styling? The previous Outlander had an almost awkward look, the new styling takes on Mitsubishi’s ‘Dynamic Shield’ front design and offers an imposing and attractively proportioned SUV. The rear has become less cluttered with a new light cluster design. The LED lights at the front have become standard and the whole car just looks a more appealing choice. There are new alloy wheel designs and most trim levels get 18” rims as standard. The styling is still familiarly Japanese but has become a bit more mainstream and desirable to the eye.

Under the bonnet? There is only one choice of engine available (apart from the PHEV) which is the 2.2 litre diesel, made of aluminium and compliant with the Euro 6 regulations the engine is able to produce 150bhp and a top speed of 124 mph. The engine is particularly ‘rugged’ sounding especially when put under load, but I wouldn’t says its unbearable. There are two transmission options which are a 6 speed manual and a six speed automatic, both are smooth and feel well suited to the engine. Just be aware that the automatic choice will mean a higher car tax band and less mpg, but overall the automatic was good around town and with motorway driving. There is an Eco mode that does hamper acceleration but is meant to make the drive more economical. 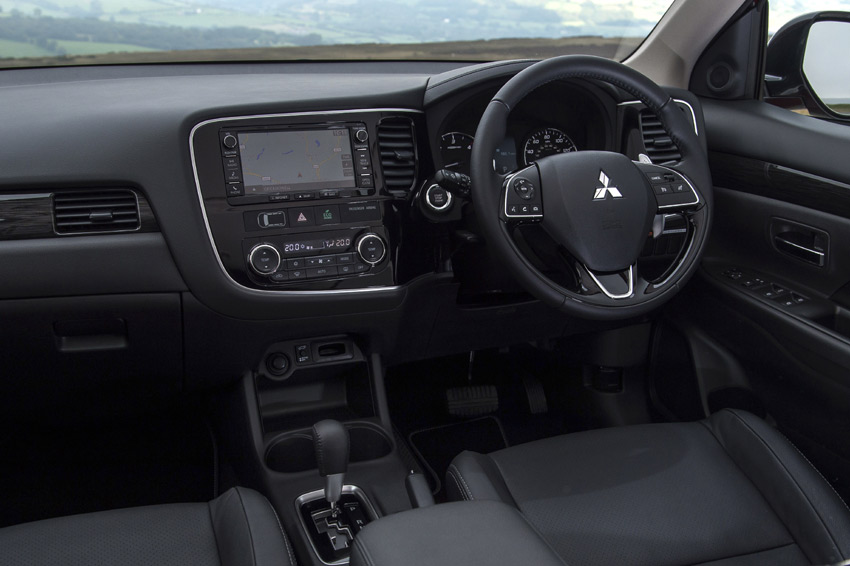 What about inside? The Outlander has benefited from a more comfortable interior, the seats have extra padding and the ergonomically designed dash is simple and easy to navigate. The steering wheel has been redesigned and the elevated seating position has been retained. The whole dash layout and switch gear isn’t the best in class but its functional and has everything you should need. The Outlander is a huge piece of kit and room inside is abundant, tall adults will have no problem with space in the front or rear. The third row of seats in the very back would only seat children, but are easy to put up and access. The boot again is of large dimensions at 591 litres.

On the road? The Outlander is a large vehicle and on the road does seem a little lacklustre, its never going to satisfy people after a hugely responsive drive, but what is does offer is a more refined drive than the previous model thanks to a more stable ride and suspension tweaks. Mitsubishi have worked hard at improving noise, vibration and harshness by making around 40 changes. These changes included thicker glass, reducing rolling resistance and more sound insulation. All this has lead to an improved driving experience within the cabin. The engine pulls well and the obvious 4×4 qualities and ground clearance make it a great vehicle for going off the beaten track.

What about Safety? The Mitsubishi Outlander received the full 5 stars on the Euro NCAP and comes with seven airbags, City Crash Provision and the RISE (Reinforced Impact Safety Evolution) all as standard. The RISE system is a design that disperses energy during an impact to the vehicle to the side or rear, distortion is controlled to protect occupants and the fuel delivery components. The Outlander also comes with a plethora of other safety features including a speed limiter, brake assist and hill start assist.

Will it break the bank? All Mitsubishi vehicles come with a 5 year or 62500 miles warranty which gives peace of mind. The 2.2 diesel in manual form gives a very respectable 53.3 mpg combined and emissions of 139 g/km of CO2 (£130 per year tax), the automatic version is slightly higher on emissions at 154 g/km which puts it into a higher tax bracket and £180 per year, the mpg is also lower at a combined figure of 48.7. The Outlander does have an Eco Mode button which does dull the acceleration down, especially when you want to make progress.

Okay so the verdict? The new Outlander is a much better proposition compared to the outgoing model, refinement has been greatly improved through suspension changes and the whole driver comfort and cabin ambience is better. The diesel engine is still gruff especially under load and the dash design is fairly un-appealing. The space that the Outlander offers is a big draw and the availability of seven seats and 4×4 capabilities make at an attractive proposition. Don’t expect a great driving experience due to its size and weight but it does what it sets out to do which carry plenty of people or objects in relative comfort and over rough terrain.

Why you won’t? Noisy Diesel; interior is a little drab