The best Motoring and Motorsport series to binge-watch

Home » Features » The best Motoring and Motorsport series to binge-watch 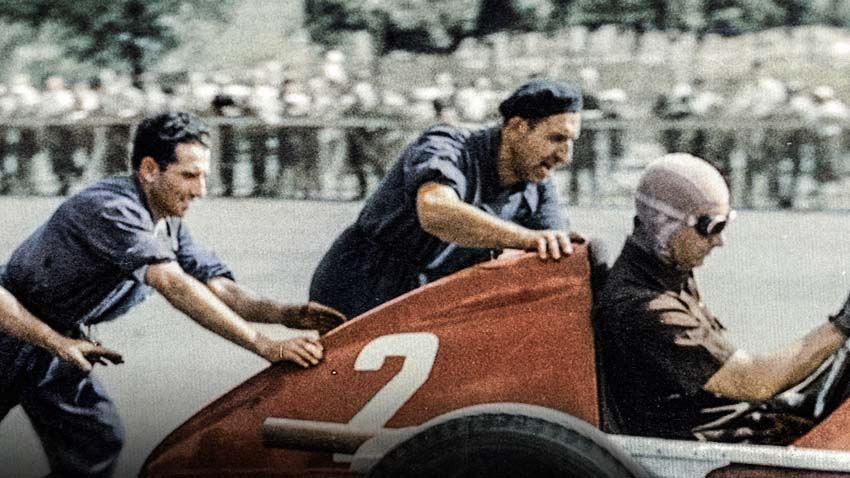 A Life of Speed : The Juan Manuel Fangio Story

Missing motorsport?  We have rounded up some of the best motoring and  motorsport shows on Netflix to keep you entertained while stuck at home

A Life of Speed : The Juan Manuel Fangio Story

Based on a study conducted in 2016 by the University of Sheffield that determined that Juan Manuel Fangio is the best F1 driver in history, A Life of Speed : The Juan Manuel Fangio Story seeks to get inside the mind of the legend throughout his career and personal life to understand what led him and other drivers to risk their lives racing in cars that flew at the same speeds as today, but with minimal safety precautions and where many do not make it to the end of the season. Directed by Francisco Macri.

Formula 1 drivers, managers and team owners live life in the fast lane — both on and off the track. The series now returns for Season 2.

The dynamic series returns with another ten parts, following the high-stakes and adrenaline fuelled action of the fastest sport in the world. Only 20 drivers get to compete in Formula 1 and with some of the sport’s top names racing for new teams, 2019 proved to be a season of broken alliances and renewed rivalries.   This year for the first time, all 10 teams, including Mercedes AMG Petronas Formula 1 Team and Scuderia Ferrari, gave Netflix insider access as they battled it out for victory in the greatest racing series in the world.  The series goes behind the scenes with the drivers, team principals and owners, to gain a unique and raw perspective on their lives, both on and off the track, and the tension and glamour of the sport.

This dramatic portrayal of the intense 1970s rivalry between race drivers Nikki Lauda and James Hunt captures the contrasts between the two champions.

An intense rivalry between Henry Ford II of the Ford Motor Company and Enzo Ferrari results in the most epic showdown in racing history.

A visionary carmaker introduces his fuel-efficient, high performance hyper car to a market filled with big name competitors like Ferrari and Porsche

This documentary follows four tycoons who moonlight as motorsport competitors and examines what fuels them to succeed, both at work and on the track.

Speed is my Need

This daredevil documentary trails behind and into the minds of the biggest names in one of the world’s most dangerous sports, Super Bike Racing.

The drivers of exotic supercars put their street creed on the line against deceptively fast sleeper cars built and modified by true gearheads.

The colourful crew at Gotham Garage overhauls an eclectic collection of cars and trucks, trading up to a showstopper they can sell for big bucks.   Season 2 launches on Netflix on 27 March.

Comedians in Cars Getting Coffee

Elite street racers from around the world test their limits in supercharged custom carson the biggest, baddest automotive obstacle course ever built.  In this original Netflix competition series, driving prowess, mechanical ingenuity and emotional resilience will be tested in this open invitation, build and race tournament. Many will compete but there can only be one Hyperdrive champion.

And then there always TopGear – Netflix has 17 series.