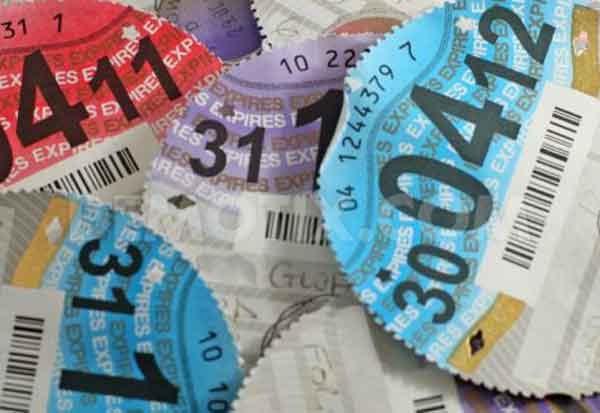 Car tax laws are changing on Oct 1st and as millions could be risking fines of up to £1,000 Hannah Gordon explains what you need to know.

On the 1st of October a tiny bit of motoring history will disappear from our car windscreens, having been pride of place there since 1921 the car tax disc is being abolished by the government. For me the secretive excitement of having the brown envelope arrive through the door and guessing whether it was going to be pink, blue or purple just added to my seemingly mundane mornings. And I think we would all be telling a little fib if we didn’t admit to ourselves that tearing that perforated disc from its surrounding border wasn’t as testing as a Krypton Factor challenge. But now we must find other ways for enjoyment as the DVLA has decided that we must move into a more technological approach to motoring and its associated taxes.

As this may have come as a shock, don’t worry you’re not on your own,  a recent survey found that almost 50% of the public had no idea that this was happening either. So what does this mean for the unsuspecting motorist and what facts do you need to know.

With no actual physical evidence that you have taxed your vehicle you will need to check online, especially if you are borrowing or renting a car, the implications of no tax could be a fine up to £1000. The DVLA state the this change should save the tax payer around £10 million pounds a year, which would be nice but will this money be put into the alloy busting craters and bone shaking road surfaces us brits have to put up with. Instead to enforce the ongoing technological advancements more cameras will be added to our roads, with dwindling budgets for the police they can’t possibly keep up with increased workload for there Automatic Number Plate Recognition (ANPR) vehicles, that can be seen as often as a solar eclipse. So more cameras may be added to our motorways, petrol stations, supermarkets basically anywhere where a vehicle could pass by, the Big Brother generation could be taken to a whole new level with the DVLA sharing our information with hundreds of other companies.

One of the main reasons the DVLA has brought about these changes is to offer motorists more flexible payment options, instead of just being able to purchase a yearly or six months tax term we will now be offered a monthly direct debit option, of course incurring a small charge for the pleasure. The good thing about the monthly direct debit is that you won’t need to remember to renew your tax, the DVLA will keep taking it monthly until you inform them not to. The yearly subscription will carry no extra charge. Car tax can still be bought online, over the phone and from the Post Office.

People also need to be aware that after the 1st October if a car is bought or sold the remaining tax is non transferable. When selling your vehicle you will need to inform the DVLA as soon as possible so that they reimburse you the remaining full calendar months tax that you have left. Its also important to let the DVLA know too when you have sold a car so that you are not liable for speeding and parking fines. As a purchaser of a vehicle you will need to get it taxed as soon as possible.

It seems though that the DVLA have been slightly sneaky on this car sales area, the seller will only receive the remaining full calendar months worth of tax, a buyer will need to tax the car immediately so in turn the government will receive two payments of tax for one month, so if I buy a car on the 15th of any month the seller won’t get that months tax back and I will have to pay to tax the vehicle for that month too.

I could just be being slightly old fashioned but I like the tax disc, it sits there on my window screen, I can look at and see when its next due, in turn I can budget knowing when its coming up. The savings that have been quoted are huge for the taxpayer and in times where austerity is still a word rebounded around its clear that its an important step, time will tell if it catches more untaxed drivers and if the savings are put back into the UK’s road infrastructure.

Recycle your car and make money