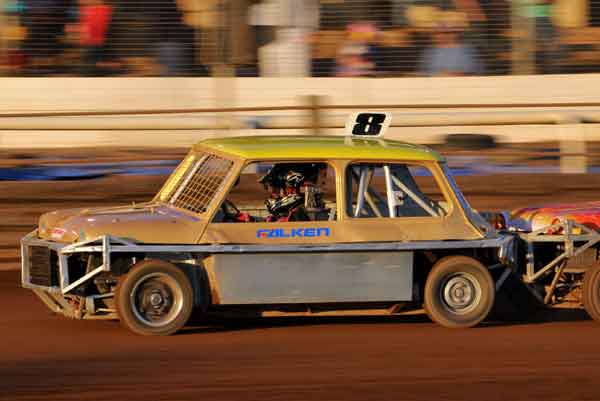 We catch up with 11-year-old Catherine Harris, one of the UK’s upcoming driving stars, who wants to make it all the way to the top

Eleven year old Catherine Harris is youngest of the Harris family to enter the competitive world of motorsport.  Catherine first started racing last year, aged 10 in the Ministox category.  The cars are fully armoured Minis that compete on a mixture of tarmac and shale ovals.  In just her second year, Catherine has started to be a force to be reckoned with, securing heat and final wins against some drivers that have five years’ more experience. Catherine lives just outside Banbury on the family farm where both her and her brother’s race cars are prepared.

What age what you when you started racing and what attracted you to it?

I started racing Ministox when I was 10. My Dad used to race and my brothers and uncle still race so I have always been surrounded by people in the sport. As soon as I was old enough I jumped at the chance to race a Mini. The family aspect is one of the attractions. There are other families at the tracks where both the parents and children compete. We race quite often, sometimes twice in a weekend and that is at different tracks so we spend a lot of time with them and we get on really well. That is part of the sport that spectators that come to watch don’t always see. 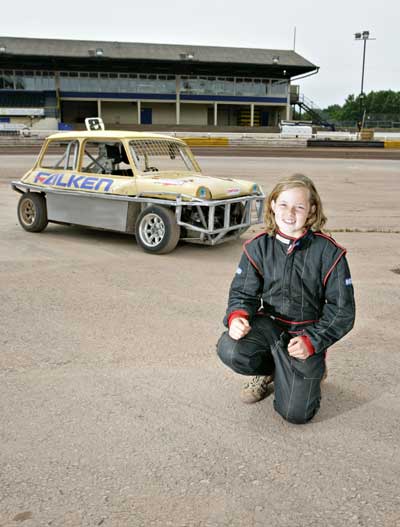 Are you treated any different as a girl?

No, not at all. Boys and girls race together and there are now quite a few of us girls out there racing and we don’t treat each other or get treated any differently. I have to get the car ready before the races meaning I am in the workshop some nights helping my Dad. He is keen that I understand how to fix the car as well as drive it. He certainly doesn’t treat me differently!

From your first race to your most recent, what have you learned from your time in the sport so far?

I get a lot of advice on the racing side from my Dad and my brother Tom. Tom has just won the World Cup in Holland so I suppose I have a good teacher. He has raced Minis so knows what it is like out on track. My parents say that the biggest change they have seen is in my confidence. My Dad says I am much braver as a racer and when I get a nudge from someone, I now tend to give them a push back which I what I have to do.  My Mum says she has seen a difference with my school work and she thinks I am more confident within myself. This is leading to better results in class and also in the team sports I play. I go up to high school next term and I am not worried about it so I think she’s right!

I’ve also learnt a lot more about the parts of a car and what they do. Just the other day my Dad asked me to fetch the exhaust manifold that was lying next to a bell housing. Knowing these parts meant I got the right part first time. One other particular area I have learnt loads about is tyres. This year Falken is supporting me and through that we have been doing events to raise awareness of tyre safety to younger drivers. Before this I hadn’t realised how important they were for making the car go as well as stop and how important it is to look after your tyres.

How far would you like to go in the sport?

The top of short circuit racing is the BriSCA F1 stock car series. These are full contact race cars that have big V8 engines and race on either tarmac or shale. My aim is to race the F1 stock cars like Tom races and that my dad used to drive. There haven’t been lots of women that race stock cars but a few such as Jayne Bean have won a fair few races. I’m too young yet to drive the F1 cars and have to wait a few more years but it would be great to line up alongside Tom. His business is actually building stock cars so it won’t be too difficult for him to build me one!