Opening day at the Classic and Sports Car Show 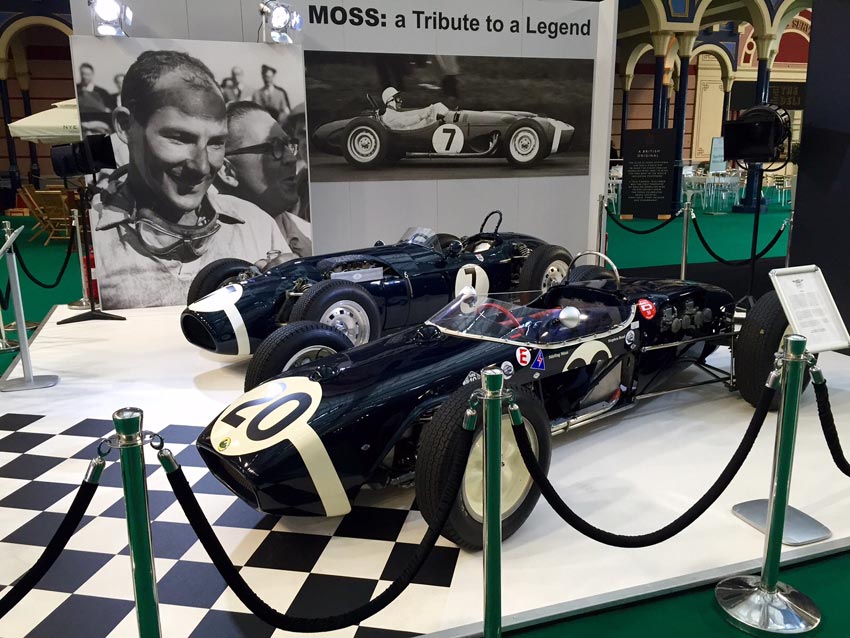 ‘Moss – A Tribute to a Legend’

The best selling classic car magazine Classic and Sports Car held this years show in the stunningly beautiful halls of Alexandra Palace in London. The highlight of this years show is the announcement of the winner for Best British Car ever. Amongst the 10 finalists included the extremely popular Mini Cooper S, the astonishing brilliant engineering of the McLaren F1 and the originally rugged Range Rover. Amongst the judges who decided this special prize were Gordon Murray who designed the McLaren F1, Nick Mason from Pink Floyd and Lotus head designer Russell Carr. All 10 cars showcasing the brilliance of British design and all icons in there own right the decision to pick a winner couldn’t have been easy, Ant Anstead who appeared on the TV show “For the Love of Cars” was given the honour of revealing the winner on the Auto Glym stand and removed the red cover to unveil the winner as the Jaguar E Type. An extremely popular winner, even Enzo Ferrari once stated that the E Type is the most beautiful car in the world.

What makes the Jaguar E Type such a jewel in the British motoring history is the elegant styling, superb engine and at the time it was one of the cheapest ‘supercars’ available. The Jaguar E Type on display is the oldest surviving open top car and was driven from Coventry to the Geneva Motor Show in 1961. Having gone through a full restoration it sits proudly on the number one spot flanked by some very impressive machinery.

No classic car show is complete without a mention of Sir Stirling Moss and the show pays tribute to the single seaters that Moss drove over the years, the ‘Moss – A Tribute to a Legend’ includes the Ferguson P99 and the Vanwall VW4. 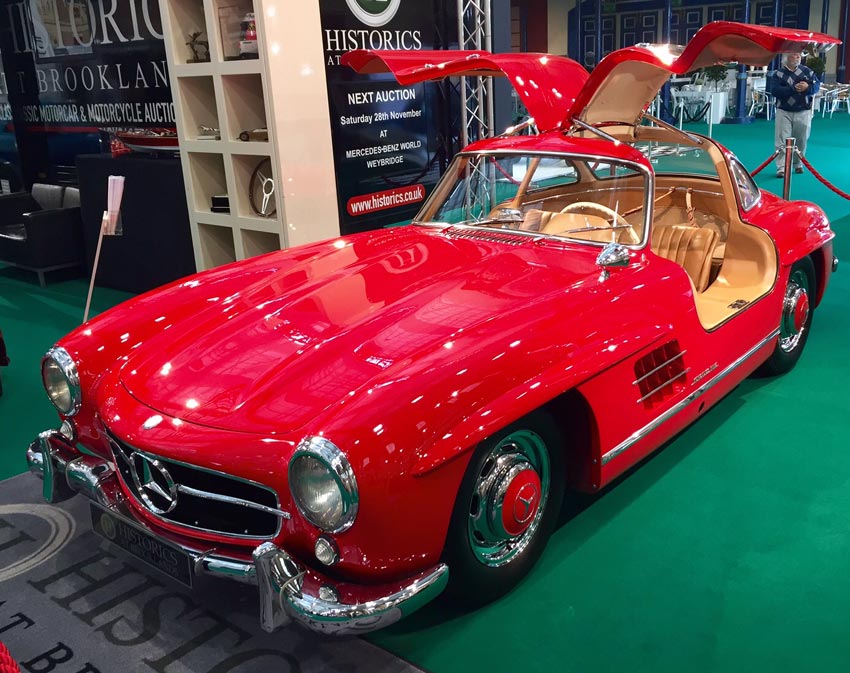 Aston Martin continue the ‘Best of British’ with a stand aptly named The Story of an Icon. It features a story through time starting with the 1921 A3 which is the oldest Aston Martin in existence and travels all the way through time towards the most recent DB9 GT.

What makes a great car show is being able to get into close proximity to some of the finest machines to ever touch the tarmac and at the Classic and Sports Car show this is certainly the case, if you have never been up close to a Mercedes-Benz 300 SL ‘Gullwing’ then get along to Alexandra Palace this weekend, there are at least two on show and commanding figures around the £1 million mark its great to see them up close. Many companies have stands including cars for sale and upcoming auctions, the classic car market is flourishing and a lot of the cars on show are some of the best and most expensive money can buy right now.

If the ‘Gullwing’ is slightly out of your price range then there are plenty of shops that sell some exclusive artwork, bespoke car memorabilia and fashion.

There is something for all the family at the Classic and Sports Car show and with tickets available on the door it really would be criminal to miss out. The show runs until Sunday the 1st of November and for more details you can log onto the website www.classicandsportscarshow.com