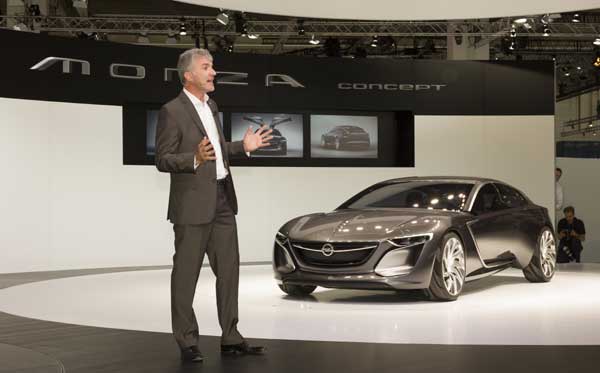 The biennial Frankfurt Motor Show opened yesterday, presenting a stunning display of concept cars and productions. Compact SUVs, Hybrids and concepts cars dominated almost every stand but these are our top 10 Frankfurt car reveals from the 2013 show.

Opel’s Monza Concept – Sitting between the Astra and the Insignia this sleek coupe with wide winged doors sports a cutting-edge petrol/electric power-train that promises to be even more frugal than Opel’s own  Ampera.

One of the most stunning looking cars of the show the Volvo Concept Coupe showcased the new design direction for future Volvos. Underneath the chiselled exterior the Coupe Concept is powered by a 2 litre petrol engine teamed with an electric motor. We will have to wait until the arrival of the XC90 next year to see how many of the design elements for the coupe are carried through to production Volvos. 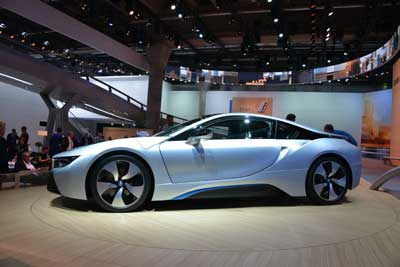 Four years after it was unveiled at the Frankfurt motor show in 2009 the i8 is finally a reality. This 4 seater supercar is made from carbon fibre and weighs just 1,490kg. Powering the i8 is an electric/petrol engine that will allow it to rocket from zero to 100km/h in a mere 4.4 seconds. The range is projected to extend to more than 500 kms miles with a full tank and fully charged.

This ravishing modern interpretation of a Mercedes Coupe is a replacement for the CL Coupe as a range-topping luxury two-door. More aggressively styled than the S- Class the new coupe shares the same cutting edge technology introduced in the S Class including some innovative safety features. Powered by a 4.6-litre V8 the so called “concept” is likely to debut as a production version very soon.

Porsche revealing the production version of their two-seater hybrid. Powering the new Porsche is a 4.6-litre V8 engine and a trio of electric motors, which produce a total of 290bhp. All of this power combined means the 918 Spyder dashes from 0-100kmph time in an eye watering 2.8 seconds. Unfortunately no more than 918 examples, all left-hand drive, will be built over the next 18 months.

This stylish and fresh faced VW Up challenger is longer, lower and wider than the previous model and boasts best in class for legroom. With boot-space of 252 litres and huge space inside the newcomer is particularly practical. It will launch in the UK in January with two petrol engines – a 1.0-litre and a 1.25 litre. 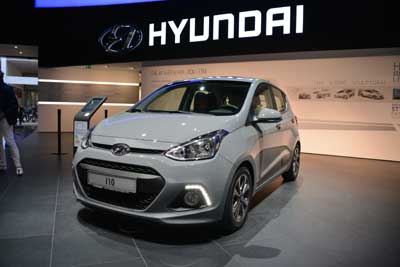 Jaguar unveiled its first ever 4×4 — the C-X17. The exterior styling combine features familiar from the XF and the rear taillights are reminiscent of the F-type convertible. This may be a compact SUV but it is distinctly a Jaguar. No engines have been specified for the new model but the all-wheel-drive concept is expected to get both petrol and diesel.

Audi offered a glimpse of what its next R8 might look like with their radical Nanuk Concept. This four wheel drive, two seater coupe is powered by a huge 5.0-litre V10 twin turbo diesel engine producing 405kW of power and 1000Nm of torque – enough to rocket it from 0-100km/h in just 3.8 seconds, with a top speed of 305km/h. No plans were announced at Frankfurt to build the Nanuk but given Audi’s previous track record with concepts we would expect to see it make it into production in a slightly tamer form.

Peugeots Golf GTI and Focus ST rival the new 308 R took centre stage at the Peugeot Stand. Sharing only the roof panel and the tailgate with the 308 the R sits 26mm lower than the standard car and the front track has been widened by 30mm. On paper this 270bhp should leave rivals standing but unfortunately for now its still only a concept. 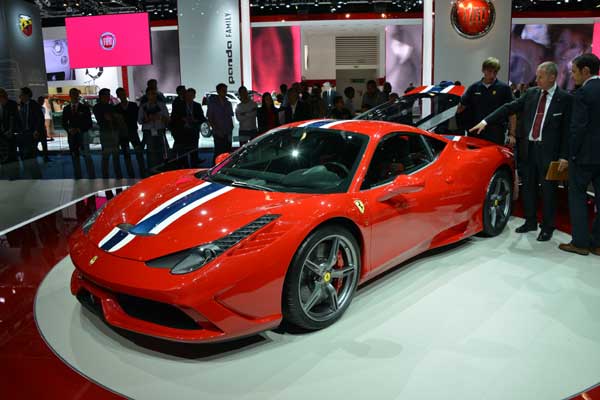 No motor show would be complete without an insanely fast Ferrari and Frankfurt did not disappoint. Ferrari revealed its latest road rocket — the 458 Speciale. With the most powerful naturally aspirated V8 model the iconic Italian supercar builder has ever produced this Ferrari needs just 3.0 seconds to reach 100 km. Inside it is just as impressive and the details are magnificent.