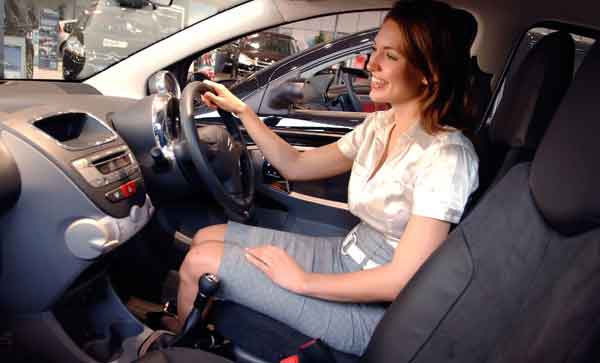 The research by  Gumtree Motors  the classified website, across 2,000 respondents also revealed that four in ten men let their partner make the final decision “because it’s not worth the hassle of arguing.” Interestingly, a quarter of women ignore their partner’s input altogether when buying a vehicle.

Proving that it’s not just a man’s domain these days, Gumtree found that 62% of couples go online to search for their cars together, and 77% of couples go to buy the car together. Both sexes also agree that a 4×4 is the ideal family car.  This is followed by the Ford Mondeo as the most popular choice of the family vehicle.

But it’s not always a harmonious purchase, with 40% of couples admitting to having an argument when choosing a vehicle. In fact, 65% of these couples say that they argued so much that they just ended up buying two separate cars! The main topic of the argument is the colour of the car, but ultimately, women end up with the final say on that too.

“’It’s great to see gender stereotypes being challenged with these results and that women play such an important role in choosing a family car. There’s a strong stereotype that only men get to be in charge of buying decisions when it comes to cars so it’s refreshing to see that this isn’t necessarily the case.” says Andrew Hooks, Director of Gumtree Motors

“Finding that almost two thirds of couples will browse look for a car together, this reaffirms that buying a vehicle isn’t just a man’s domain.’’