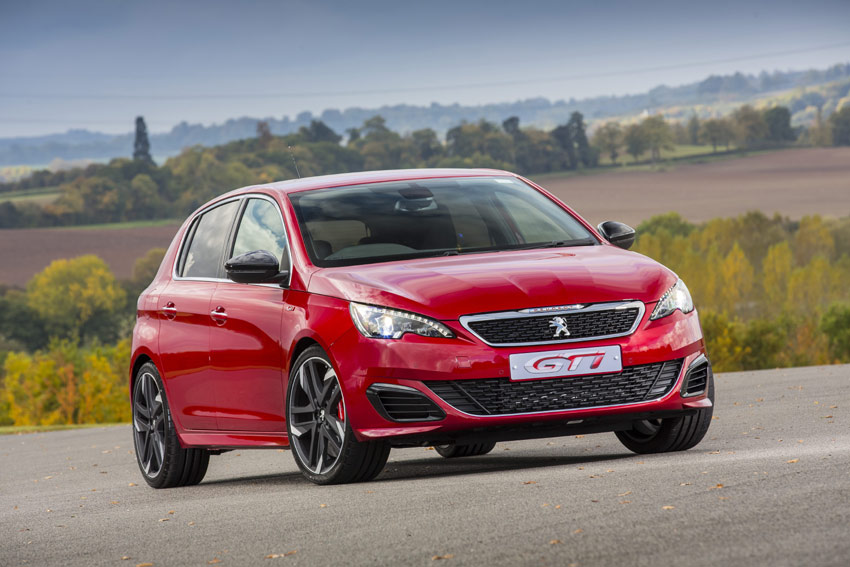 What is it?  The herald return of a Peugeot hot hatch, the new 308 GTi is a welcomed addition to the Peugeot fleet and promises to be a superb little car, especially after the many years wait for a sporty Peugeot.

Who is it aimed at? Plenty big enough for a small family and a great addition to anyones driveway. Ideal for someone who wants a car that doesn’t stand out too much from the crowd but that can pack a pretty impressive punch. The Peugeot 308 GTi rekindles the love for a hot hatch but with all the qualities of practicality.

What about the Styling? For a hot hatch the Peugeot 308 GTi styling isn’t so much in your face, instead subtle hints of sporty intentions can be seen. The GTi sits 11mm lower than the normal 308 and the twin exhaust pipes nestle nicely into the rear diffuser. The front brakes are bigger and the brake callipers painted red with Peugeot Sport emblazoned onto them, there is also a chequered pattern radiator grille, GTi logo’s, and wide bumper air intakes. The Peugeot 308 GTi also incorporates LED daytime running lights and sequential indicators. 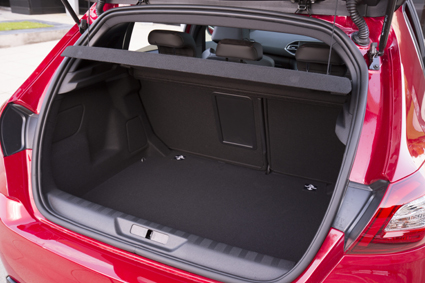 Under the bonnet? This is the GTi’s pièce de résistance, the small 1.6 litre petrol engine is combined with a turbo and the results are mind blowing, there are two power outputs of 250bhp and 270bhp. The lower end of the scale, the 250bhp still manages a top speed of 155mph and a 0-62mph of 6.2 seconds. Its a punchy little engine which pulls through the gears nicely and works so well up at the higher rev ranges. Only available in a 6-speed manual gearbox, the gear throws are a bit long but when you get it right it’s as sweet as a nut. But this car has a split personality, should you just want to trundle along then it also does this with ease.

What about inside? Inside is a fairly familiar story with the minimal dash that Peugeot have now taken on, most of the controls are done through a touch screen, which if I am honest doesn’t fill me with much faith knowing Peugeots past problems with its electrics. The steering wheel again is fairly small but does really suit the GTi and its sporty demeanour, but it can make it hard to read the dials and speedo, The GTi does include sports seats which are fairly comfortable, the seating position was perfect for me. There is also plenty of room up front, but there is only one cup holder and the glove box is tiny.

On the road? The Peugeot hot hatch is a joy to drive, the raspy engine note begs you to drive it harder and the gutsy engine is only willing to oblige. The amount of grip you get gives you confidence and the firm chassis and slick steering makes it a B road hit. The higher output engine with the 270 bhp also comes with a Limited Slip Differentilal which allows the car to corner better by allowing the car to accelerate faster as it exits a bend. A sports button is included which sharpen throttle response, stiffens up the steering and put a synthetic engine grumble into the cabin. 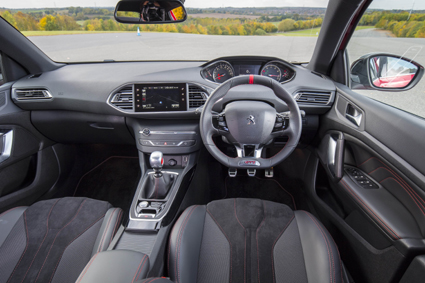 And Safety? This car has a 5 star NCAP rating. Extras including Blind Spot monitoring that has a sensor in the wing mirror which picks up cars coming up alongside, it is a £400 extra. Another safety feature that comes in at £450 is the Driver pack which includes Emergency collision and brake system if the car senses an impending accident.

What are my Options? The 308 GTi comes with plenty of kit as standard but extras available include a Panoramic Glass roof £500, Metallic paint costs an extra £525 and the Peugeot Connect SOS and Assistance which locates the vehicle and can send the appropriate emergency vehicles to your aid, since 2003 when it was launched it has come to the rescue of over 7000 people and will cost you £240.

Will it break the bank? Obviously you are not going to buy a GTi for its economy figures but for the fun of driving it on the redline, should you be able to rein yourself in and drive sensibly then you can achieve a combined figure of 47 mpg and a CO2 output of 139g/km. This means a yearly car tax of £130.

So the Verdict? Its been a huge amount of time since Peugeot had a decent hot hatch, not since the 306 GTi in fact. The 308 GTi has resurrected the Peugeot Sport branding and what a great job they have done on it, the cars styling and stance are spot on and its drivability makes it smile inducing. Not for a long time have I driven a car that makes so much sense, its calm when it needs to be, carries plenty of shopping and looks great, but on the other side it can tear you limb from limb when you bury the accelerator pedal. If you have fallen out of love with driving lately get a 308 GTi, it is great fun at a competitive price.

Why you won’t? Rivals are cheaper

Watch the video of Hannah testing the 308 GTI

For more information check out peugeot.co.uk or the Peugeot  Facebook page.