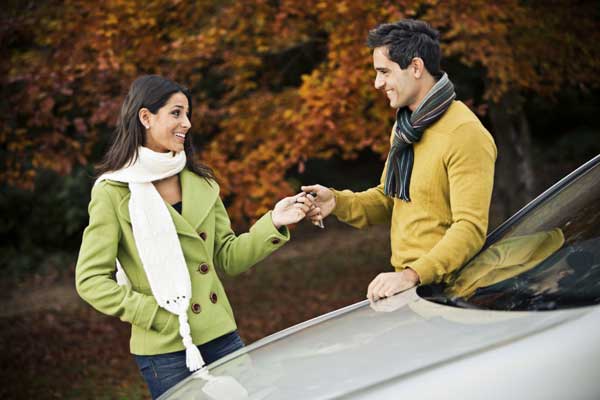 Almost two-thirds (65 per cent) of UK drivers admit that they have changed their motoring habits in light of the recession and rising fuel costs, and 30 per cent of motorists now only use their car for essential trips.

The survey from Enterprise Rent-A-Car also found that over a third of households (35 per cent) have downsized to just one vehicle and only four per cent of households are currently planning to buy a second car. Over one in 10 people now try to use public transport or cycle whenever they can, while a similar percentage have downsized to a smaller engine to save on insurance, fuel and running costs.

However, overall the UK’s need for motor vehicles remains as strong as ever: almost half of all car owners (46 per cent) drive every day and 35 per cent of those with one car admit they still need access to a second vehicle on many occasions – most commonly for commuting or weekend trips away and typically because their own car was not suitable for the trip.

However a sizable minority – one in seven Britons – are currently using a car only once a week or less, with almost five per cent of motorists admitting to using their car less than once a month. Some of us are only using the car when public transport (13 per cent), walking (16 per cent) or cycling (6 per cent) isn’t an option.

Enterprise Rent-A-Car commissioned the survey of over 2,000 UK drivers to analyse the changing driving habits of British motorists and the growing prevalence of alternatives to multi-car ownership.

A nation of borrowers and renters
Nearly half (47 per cent) of non-car owning drivers said they didn’t have a car because of the costs involved. Almost six in ten (58 per cent) of drivers who don’t own a vehicle admit they still often need one. When that happens they look to use a ‘virtual car’[1]: 38 per cent borrow one from a friend or neighbour, a quarter (25 per cent) rent one by the day and seven per cent use hourly rental.

Rental is also growing among those who do own a car. Over one in five UK drivers (22 per cent) have rented a car near their home for personal use, most commonly a small saloon. For nearly half (47 per cent) the main reason for hiring a car was that their own vehicle wasn’t suitable for the trip.

A changing mobility environment
Over half (52 per cent) of drivers have also admitted to changing their motoring habits because of concern for the environment and sustainability, with a quarter (23 per cent) driving as little as possible and walking or taking public transport instead. Six per cent of respondents stated that they no longer own a car to protect the environment and 10 per cent have downsized to just one car.

Mike Nigro, UK managing director at Enterprise Rent-A-Car, comments: “Soaring fuel and other running costs are forcing many people to take a long, hard look at their motoring habits – and in particular at alternative ways to meet their mobility needs without owning more than one vehicle.

“While we see some dispensing with a car completely, for many people that’s not a feasible option. Instead, many are downsizing the number of cars in their household and experimenting with alternatives: rental – either daily or hourly, public transport, cycling or walking.

“Whilst the majority of Britons are changing their motoring habits, primarily due to cost and some due to environmental concerns, getting around by car is still essential to most. It’s clear that a lot of people still need a second vehicle in their household even if they can’t afford to run it.

“That’s where options like rental can make a real difference, giving them all the flexibility of a second car but with far less of the hassle and expense.

“There is a significant service sector emerging to respond to this new kind of demand, especially at a time when public investment in transport is stretched. Many rental companies are expanding their neighbourhood networks. We already have 370 branches and we anticipate we will reach 400 within the next eighteen to 24 months.

“Renting a vehicle is starting to emerge as a viable day to day option, not just something you do abroad at an airport.”