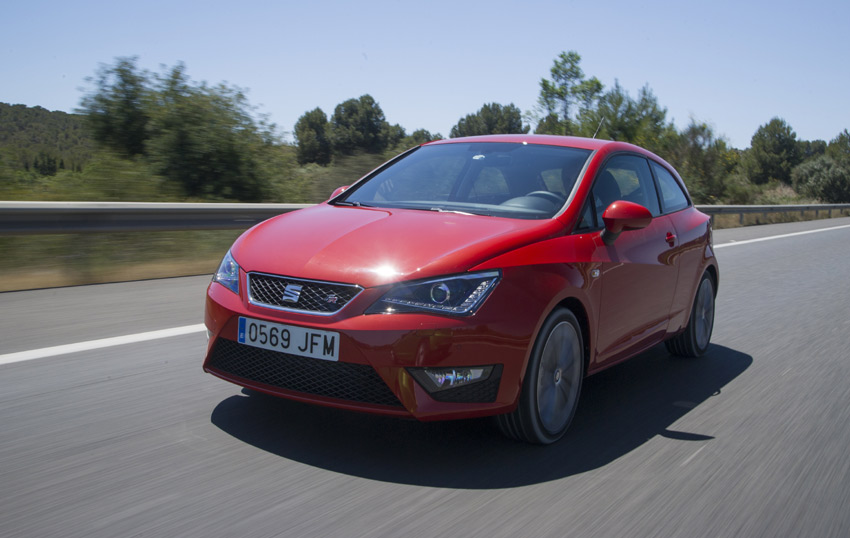 The Ibiza is one of SEAT’s most important models

What is it? The fourth generation Ibiza is being released after just celebrating its 30th birthday this year. The Ibiza is Seat’s most recognisable and popular model, and although the changes aren’t instantly recognisable from the outside plenty of work has been done on the engines, suspension and interior.

Who is it aimed at? The Ibiza sits itself in an extremely competitive market with the likes of the Ford Fiesta and Vauxhall Corsa, with the new engines available and the customisation choices it should be a hit with the youngsters. The space available in the ST (Tourer) version lends itself to becoming a spacious family car.

What about the Styling? Subtle changes have been made to the exterior, mainly due to customers already giving the Ibiza’s exterior the thumbs up. Seat have gone along with the philosophy “if it ain’t broke, don’t fix it” so have instead gone down the customisation route that allows buyers to personalise there Ibiza with different colour packs and special models. The Connect range also comes with blue and grey headlights whilst the SE range and above have LED lights. The Seat Ibiza styling is still as sharp as ever and remains an eye catching presence on the road it also offers 3 body styles including the SC (Sport Coupe), 5 door and the ST (Sports Tourer). 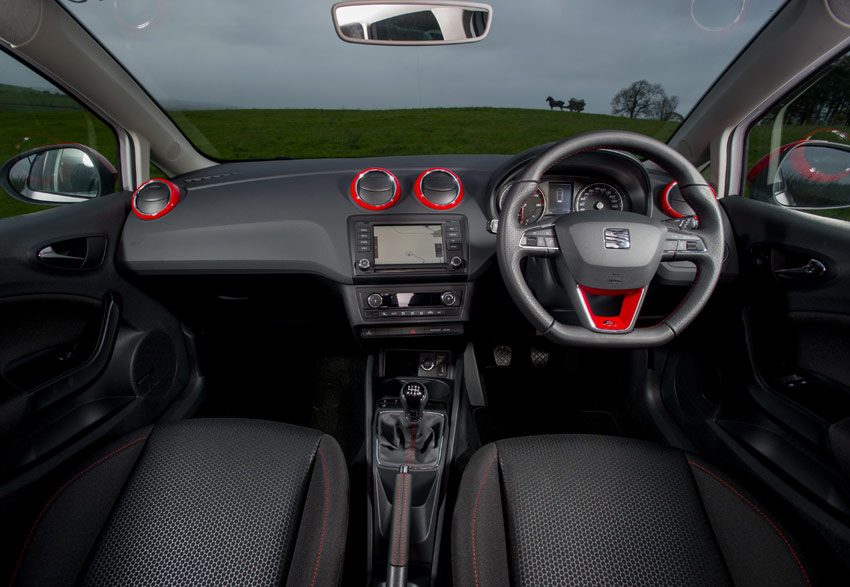 Inside it has been completely revamped

Under the bonnet? There is a new generation of engines introduced for the Ibiza, 7 petrol and 3 diesel. All engines are Euro 6 compliant and offer great value for money economy wise. The 1.0 litre, 3 cylinder EcoTSI is a great engine producing 110 BHP and put together with the 7 speed DSG gearbox is the pick of the engines for me. The 1.4 litre diesel engines are considerably louder than the petrol derivatives and can intrude into the cabin, but do offer great MPG figures. The non turbo petrol engines do feel gutless and require a bit more persuasion to reach comfortable speeds. The 5 speed manual seemed a little notchy, but the 6 speed was smoother and more user friendly.

What about inside? More noticeable changes have happened in the cabin, ideas have been taken from its big brother the Leon and used in improving the layout of the Ibiza’s interior. There is a new instrument cluster, dash design, steering wheel and the upholstery has been improved. The infotainment system in the Ibiza is one of the best on the market including ‘Full Link’ which enables the driver to connect an Apple or Android device and have greater control over the smart phones functions. There is also DAB and Bluetooth available. Space in the rear for passengers is a bit limited but the boot space is for the SC and 5 door is 292 litres, for extra space the tourer is an ideal choice with 430 litres of space available.

On the road? The new Seat Ibiza has come with revised suspension and steering, the steering now has a speed sensitive electric system. The suspension has been re-tuned to give a it dynamic performance and the fourth generation Ibiza has a longer wheelbase and wider track than the previous model for better stability. The ride is settled and comfortable on most terrains and absorbs uneven surfaces well. The steering feels a bit light and doesn’t provide much feedback, especially when taking a faster corner. The Red Edition with sports suspension and 17” alloys gives a stiff ride and probably best avoided if comfort is your main want.

And Safety? The Ibiza comes with airbags, Automatic Warning Lights and Hill Hold Control all as standard. There is the option of having Tiredness Recognition system and cruise control which are included in the Driver Pack (£130) as well as Multi-Collision Brake system which following an impact will slow the vehicle down to allow the remaining kinetic energy to dissipate. As with all new cars now there is a Tyre Pressure Monitoring system fitted as standard.

What are my Options? Colour Packs are a big feature of the new Seat Ibiza and there are 6 to choose from which range from £150-£640, the infotainment system has also been improved which now includes Full Link. This option has the Apple Car Play and Android capabilities, this will cost you £145 and to get the Media system (6.5” touchscreen) and Satellite Navigation will be an extra £580. If a Panoramic roof is on the shopping list them expect to shell out an added £495.

Will it break the bank?  All the Ibiza engines are Euro 6 compliant and feature some very economical engines. The best value petrol engine is the 1.0 EcoTSI SE which has a combined mpg of 64.2 and and emissions of 94 grams of CO2 per km. The best performing diesel derivative is the 1.4 TDI Ecomotive which has a combined mpg figure of 83.1 and an impressive CO2 output of 88 g/km. Both these engines are also tax free as they are under the 100 g/km Co2 figure.

So the Verdict? All the changes on the new Seat Ibiza are under its skin, the revamped cabin space is a welcomed change and allows for a nicer driving experience from within. The suspension has also improved but I’m yet to be won over by the light and vague steering. Infotainment and colour personalisation should be a hit with the hip youngsters and tech savvy, the amount of engine options, whilst plentiful also gives you almost too much choice but there are a couple of gems in there.  In extremely competitive company among the very popular Fiesta’s and Corsa’s the Seat Ibiza can offer something different, its has distinctive looks, an improved driving experience and offers a superb infotainment system.

For more information check out SEAT.co.uk or the SEAT Facebook page