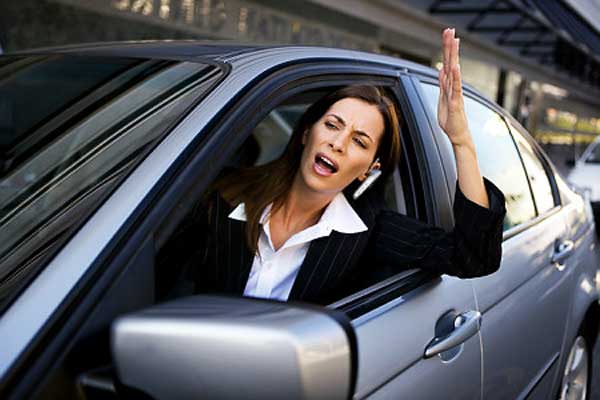 No matter how safely we drive, there’s always someone bending the rules and putting everyone else at risk. A new survey reveals what annoys us most!

Most annoying Habits
The most hated habit was using a mobile phone whilst driving – this took just over half of the total vote. In second place was incorrect or no signalling, which was the main gripe of 29% of those surveyed. Applying make-up behind the wheel irritated 9% of drivers the most. Loud music was the second least-hated habit, taking only 8% of the vote. In last place was seeing drivers attempting to program their Sat Nav whilst behind the wheel.

Most trusted vehicles
The most trusted vehicle on the road was a car, with the least trusted being a van.A massive 43% most trusted cars, while 31% trusted buses the most. Motorbikes were second, snagging 12% of the vote and Lorries were second last, with only 8% of the vote and interestingly more men trusted motorbikes and lorries than women, but women were more likely to trust vans on the road.  Vans came in last, with only 5% trusting them most.

Does colour really matter
You wouldn’t have thought there was much in a colour – but the survey found that people were most likely to trust the drivers of silver cars – 27%, in fact. The least trusted was red, with only 14% of the vote.

Did our results surprise you? Let us know what bad habits you’ve seen on the road before.