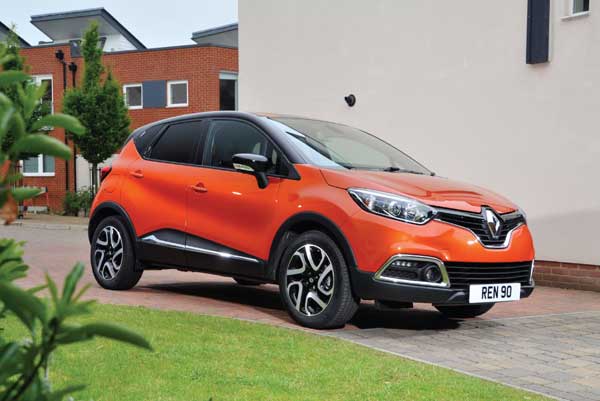 Carmakers view small SUVs as the fastest growing niche market and are falling over each other to fill the gap. Geraldine Herbert looks at some of the new additions to our roads

Small SUVs or Urban Crossovers are the fastest growing niche market and car companies are falling over each other in a rush to produce one. More hatchback and less SUV they blend MPV like interior versatility with a high driving position. If you are after practical family transport with a go anywhere appearance outside and a bit more space inside then one of these urban crossovers just might be the car for you.

First to launch is Renault with their Captur.  Pronounced ‘capture’ Renault’s new Captur is essentially a Clio on steroids, with chunkier SUV styling it shares styling features with its smaller sibling including a wide black grille and sharper  and more aggressive-looking headlights.

Two engines will be available at launch including the Energy TCe 90 S&S three cylinders and 898cc and the Energy dCi 90 S&S engine which uses just 78.4mpg and emits just 95g of CO2 per km. A dCi 90 EDC engine will follow later in the year.

Inside there is a host of family friendly features including zip off seat covers that you can remove and wash and a sliding rear seat. Space is good throughout and the boot takes a decent 377 litres but with the rear seats folded it will swallow up to 1,235 litres.

The Captur is offered in a choice of four trim levels: Expression, Expression+, Dynamique MediaNav and Dynamique S MediaNav. Its level of specification is impressive right from the start and there is a huge Wide array of options including Renault R-Link (including TomTom sat nav, 4x35W Arkamys 3D Sound) £450, reversing camera (Dynamique MediaNav and above), City Pack (£395), heated front seats (£250), metallic paint £495 (including i.d. Arizona and Tahoe Blue £595), painted roof £300, Interior Touch (£350) and Exterior Gloss Packs (£350). The Captur has a starting price of  £12,495 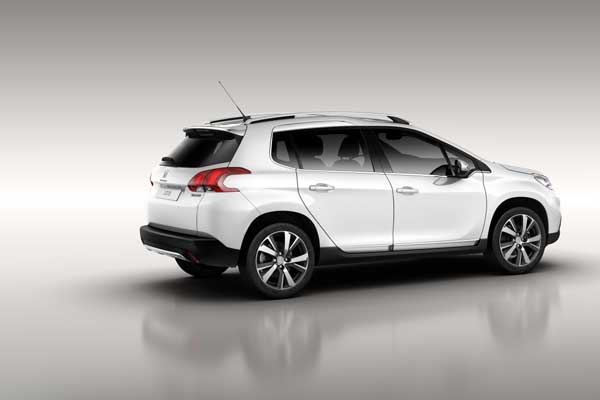 The most direct competition to the Captur is from fellow French car maker Peugeot in the form of the 2008. Similarly conceived the Peugeot 2008 is based on the award winning 208 but is higher, longer and wider than its hatchback sibling.

Inside the chic styling from the 208 is carried over and it is spacious and comfortable. The boot is larger than the 208 with all seats in place but it can stretch to 1,193 litres with the seats folded.

Options include four trim levels: Access+, Active, Allure & Feline.  six engine choices, six alloy wheel designs, seven trim environments, eight colours and 18 options to choose from.  The petrol engines range from the 1.2-litre e-VTi 82bhp with Stop&Start and emission of just 99g/km to a 1.6-litre VTi 120bhp, For Diesel there are four to choose from one 1.4-litre HDi FAP 68bhp 104g/km to three 1.6 options. In the months following its launch, the 2008’s engine range will be extended further with versions of the turbocharged three-cylinder petrol engine, with two power outputs available: 1.2-litre e-THP 110 and 1.2-litre e-THP 130.

Originally intended only for developing markets like Brazil and India, Ford will launch their version of the urban crossover later this year. The EcoSport SUV, shown at the Geneva Motor Show is based on the Fiesta. With a small bonnet, higher ground clearance and rugged oversized front grill Fords new urban crossover will be available in front-wheel drive only. Engine options are likely to include a 1.0-litre three-cylinder EcoBoost and a 1.5-litre diesel. High tech features include Ford’s SYNC system developed in conjunction with Microsoft. The systems allows you to control your music and phone with simple voice commands, it can even read out your text messages!. More importantly in the event of an accident the system will automatically call the emergency services and notify them of your exact location. The EcoSport is not due here until later in year so exact details of trim and pricing are unlikely until closer to the launch. 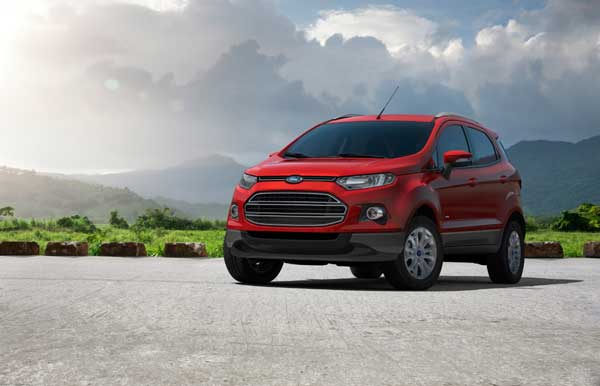 The foray into urban crossovers is likely to continue into next year with entrants from the Volkswagen group and Honda. Unveiled last year at the Paris Motor Show Audi’s Crosslane Coupe concept hints at what Audi’s smallest crossover the Q2 is likely to look like. Smaller in dimensions that the current Q3 but bigger than the A3 this all in one coupe, a convertible and a crossover features a range of weight saving measures. While the styling previews the look of the next generation of Audi Q models it’s unlikely that much else of this concept will carry over to the production model. Audi have yet to confirm production of this new model but it’s likely to be launched at the end of 2014. Volkswagen also unveiled a concept crossover at the 2012 Sao Paulo motor show, the Taigun concept car. Based on Volkswagen’s UP the concept previews the look of a possible small crossover. It is unlikely to make it into production until 2015 but we may just see something in Frankfurt this autumn.

Honda chose Detroit to reveal their take on a small crossover, the Urban SUV Concept. Production has been confirmed for this new model and it will go on sale first in Japan so it will be late 2014 before we see it in the UK.  Smaller that the CR-V the Urban SUV will have the same Magic Seats as the current Civic and is likely to be powered by Honda’s new 1.6i DTEC diesel engine.