Top Gear sexism storm: Sabine Schmitz is being criticised for her clothing choices 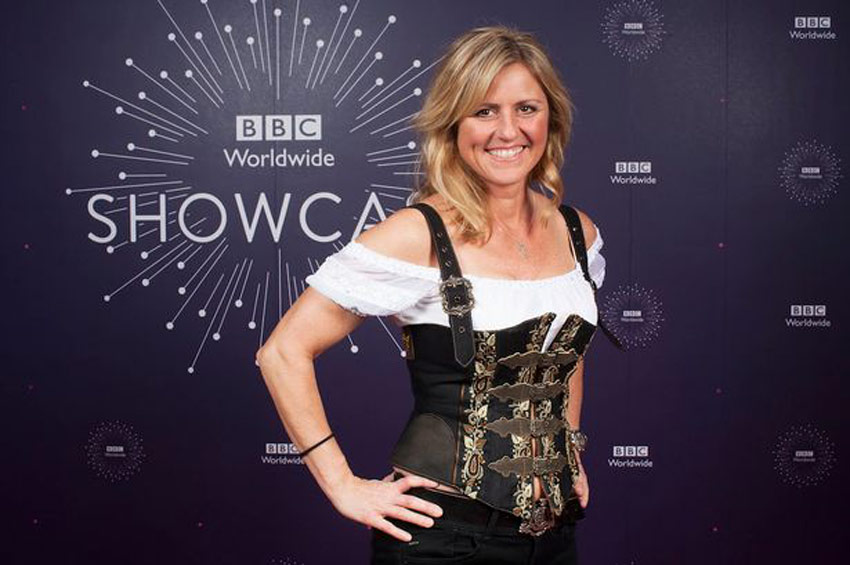 So Top Gear has been accused once again of sexism. This time the show bosses have been criticised after Sabine Schmitz , the show’s only woman presenter, and the first in 15 years, arrived at the launch in a “Bavarian barmaid” outfit.

The appointment of the German racing driver as a presenter of the show was somewhat overlooked when the new seven-presenter line-up was revealed but now her choice of outfit at an event to launch the show is the subject of a sexist storm.

Other presenters of the new show include American actor Matt LeBlanc, best known as the dim but likeable Joey Tribbiani in hit US sitcom Friends, ex-Formula 1 team boss Eddie Jordan, motoring journalist Chris Harris, and Rory Reid, who won a place on the show after auditions were opened to the public to find the next Top Gear presenter. Anonymous character The Stig completes the line-up.

But even before the show airs in May, Ms Schmitz’ clothing choices (she reportedly chose her own outfit for the launch) are being criticized. It seems she has broken the golden rule – never, ever dress sexy.

Apart from the fact that she is quite a rarity on UK television – 46, female and German – she is also the presenter with the best motoring credentials.

Teaser footage from the all-new Top Gear was also shown for the first time at the event and features host Chris Evans looking very pale as Schmitz takes him for a spin around a racetrack.

Hardcore fans will already know Schmitz as the Queen of the Nurburgring and she will be forever remembered for blazing a path around the track in a Ford Transit and beating Clarkson’s effort by 47 seconds.

So why do we criticize women for what they wear? Jeremy Clarkson appeared to wear the same pair of jeans on every show for 13 years. Nobody noticed nor commented. Men have the freedom to wear what they want but for a woman every choice has a meaning.

This is not the first time that Top Gear has caused controversy; this is a show famous for allowing bad jokes and offensive remarks to slip through the edit.

The real sexist storm here is  not what Sabine Schmitz wore to the launch of the show or why but that despite 47% of all drivers licence holders being female Top Gear bosses have ignored that and chosen just one female presenter.  Sabine Schmitz is a super addition to the line up and will breathe new life into the show but it’s a missed opportunity not to have her joined by other female presenters.

Instead Matt Le Blanc is set to woo a new generation of women to watch Top Gear with sheer sex appeal. The message is clear – horsepower and performance don’t interest women but throw in a good looking male and women up and down the country suddenly develop an interest in cars!

Still when the show airs in May and Schmitz gets to really show her stuff maybe that will silence not only the critics but also the fashion police.

#StormCallum: 70mph winds and heavy rain are on the way