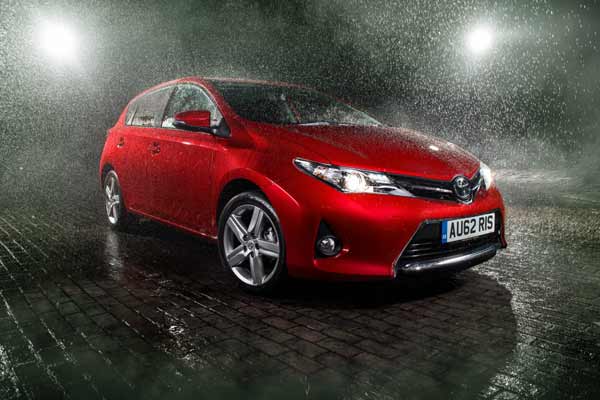 Our biggest surprise last year was just how good the GT86 was, so with this in mind we had high hopes for the new Toyota Auris

What is it? The redesign of the Auris, Toyota’s Golf and Focus rival was always going to need a delicate hand; enough of a change to attract new buyers but not tooavant-garde to alienate its existing customer. The end result would need more aggressive and sporty styling but the same comfort and economy that typically appeal to an older buyer.

Who is it aimed at? Aimed at VW Golf, Ford Focus and Opel Astra buyers, Toyoto is unique among rivals as it offers petrol and diesel engine forms and a hybrid. The hybrid particularly appeals to those who are looking for excellent fuel economy and green credentials.

Styling From the outside the Auris is by no means a design statement though it has disposed of the bland look in favour of much sharper styling.

Under the Bonnet We tested the hybrid version which has a1.8-litre four-cylinder VVTi petrol engine, and an electric motor, which combine to produce 134bhp.The Auris is also offered with a 1.33 and 1.6 petrol and a 1.4 D-4D diesel.

What about Inside? The Auris charms lie inside; the redesigned interior is much improved and the quality is particularly impressive. One of the main problems with Hybrids is the size of the battery which powers the electric motor tends to compromise and boot space. In the Auris a reduction in the size of the battery pack means the new car has only fraction less interior and boot space as the petrol and diesel models. 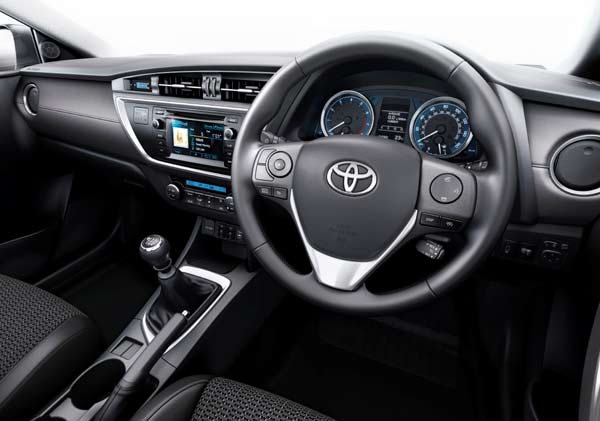 There’s more space in the boot – 360 litres with the rear seats in place.

On the Road? Press the start button of Toyota’s new Auris Hybrid and you’ll be forgiven for wondering if the button actually works, in fact the only way to be sure is to put your foot on the accelerator and set off. On the road the new version is a vast improvement on the previous version. It is lower and lighter than before. Thehandling is reasonably responsive and is far more refined on the road. While the steering feels sharper and better weighted then before it is still feels a little numb and overall in terms of driving dynamics the Auris is not quite on a par with rivals.

And Safety? The Auris Hybrid has all the necessary safety equipment including ABS with EBD, Brake Assist, Vehicle Stability Control (VSC) and an emergency brake signal function. It is fitted with driver and front passenger, knee, side and curtain shield SRS airbags.

Options? Toyota have introduced a new grade structure in the UK. This starts with the entry-level Active trim, and progresses through Icon and Sport to the top-of-the range Excel.  The 1.33 Dual VVT-i engine is available in Active and Icon grades; the 1.6 Valvematic in Icon, Sport and Excel; and the 1.4 D-4D in all trims. Auris Hybrid is offered in Icon and Excel versions. The on the road starting price for the Auris starts  from £14,495.  An new estate (Touring Sports,) will also be added to the range later in the year. It will be offered with petrol or diesel engines or full hybrid power and  will be built alongside the hatchback at its UK car plant in Burnaston.

What about fuel economy? Around town this hybrid moves eerily, in almost total silence. But silence is golden, with emissions as low as 91g/km and fuel economy at over 72mpg on the combined cycle. This fuel-sipping hybrid is one to choose for city driving but on long-distance drives it is no more economical than many rival diesel cars.

Okay so the Verdict? Smart, comfortable and reliable the Auris is the one to opt for if low running and maintenance costs are high on your shopping list. Auris fans will love the new model but it’s doubtful it will woe too many new buyers to the range.

For more information check out  Toyota.co.uk or the Toyota UK  Facebook page.

How low can you go?