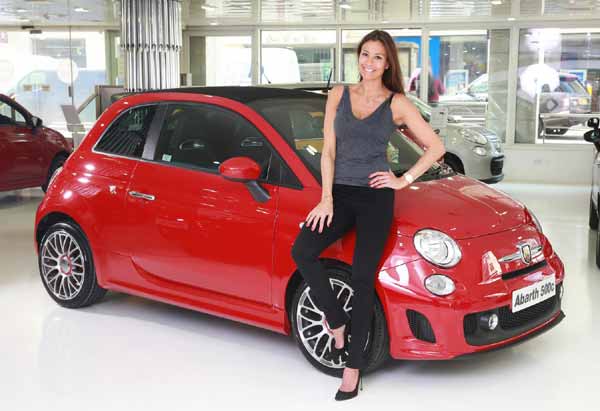 Which would you choose the  performance of an Abarth 500 or the freedom of a convertible Fiat 500? Melanie Sykes got both when she  took delivery of a  new red racy Abarth 500c

Melanie, the new presenter of BT Sport’s MotoGP TV coverage, has previously owned a Fiat 500C and wanted another. But she was also looking for the added performance that a 140bhp Abarth 500 can offer.

“Having owned the Fiat 500C before, I knew I wanted to go back into a convertible, but I also had my eye on an Abarth,” says Melanie. “So when Abarth told me there was 500C version, I was really excited. And just look at it – it’s fabulous.”

The soft top of the Abarth 500C stands out for its refined electric linkage and quality engineering solutions, such as the foldaway glass rear window and the built-in centrally positioned high mounted stop light.