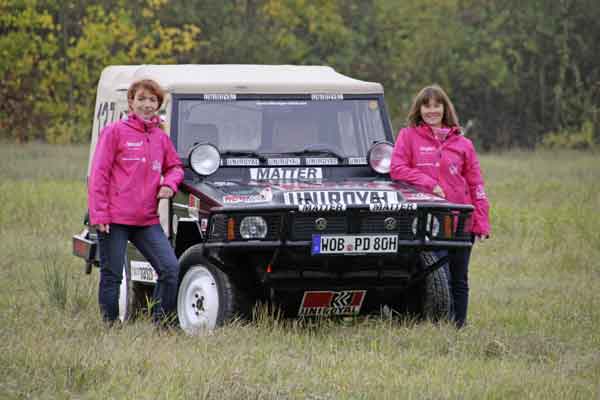 The Edelhoff/Wukovich Team will join the starting line in the United Kingdom with an Iltis from the Volkswagen Classic collection.

An all female team is competing in  “Le Jog” – the toughest rally in Europe in a “Paris-Dakar” Volkswagen Iltis.

This weekend marks the 20th anniversary of the ‘Le Jog’ rally, the challenging British winter rally which covers a distance of 2,400 kilometres. Sixty-six teams will be competing in the rally from 7 to 10 December and for the first time, a car from Volkswagen Classic is among the 66 racing vehicles.  The Edelhoff/Wukovich Team will tackle the three-day rough-and-tumble endurance rally in a Volkswagen Iltis.

The four-wheel drive Iltis (Type 183) is exactly the right vehicle for such a tough rally – just under 10,000 of them were produced by Volkswagen/Audi. The technology of the spartan vehicle formed the basis for Audi’s later Quattro models. Unlike the production version, the race car features a reinforced chassis, underbody protection, a front safety guard, auxiliary lamps, roll-over protection bar, only two sports bucket seats as well as a big 90-litre fuel tank. The power of the offroader is about 90 PS. 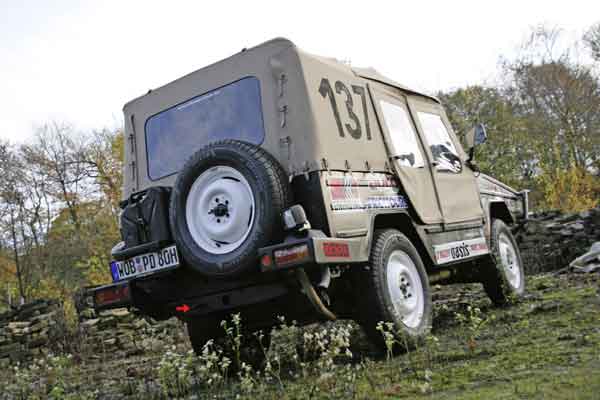 The Iltis from the Volkswagen Classic collection

The ‘Le Jog’ winter rally has been staged in the United Kingdom since 1993: ‘the toughest in Europe’ as the organiser says himself. The challenge is to drive from Land’s End to John O’Groats within three days. The demanding route runs straight over very bumpy byroads and through streams, which means – given the extremely short passage times as well as a thoroughly strenuous nocturnal stage – that the drivers and their vehicles will be tested fully by the automotive ordeal. The whole route is garnished with more than 50 special regularity tests full of navigational dodges.