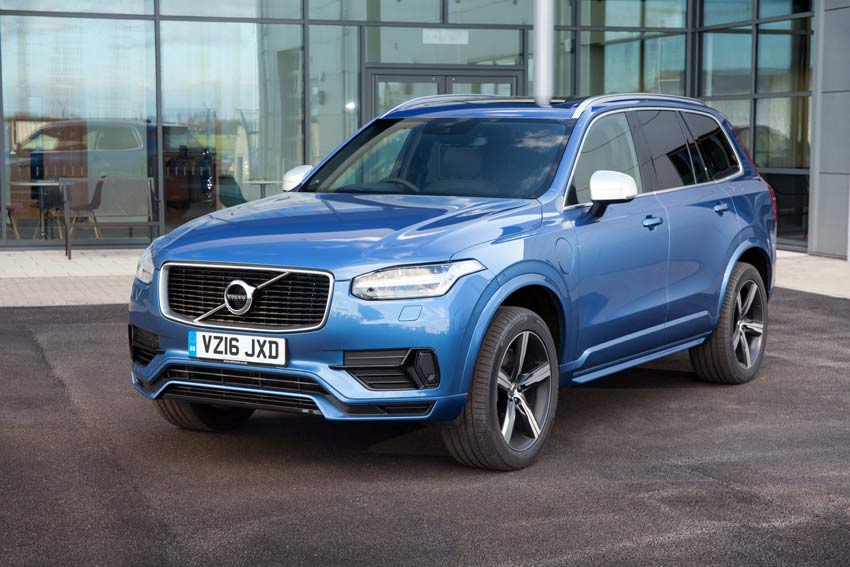 What is it? A massive 7 seater off roader that has the luxury of a Range Rover but without a London Congestion Charge fee.

Who is it aimed at? Its likely to fit in with a large family that does plenty of city and town driving where driving long distances is a rarity. As much as it can be a capable off roader its unlikely the XC90 Twin Engine will ever see a muddy path.

What about the Styling? Practically the same as its petrol and diesel siblings the XC90 T8 just has a noticeable ‘flap; on the passenger front wing that hides the electric charging point. A supremely good looking SUV the Volvo XC90 has a distinctively blunt front end which incorporates Volvo’s ‘Thor’ hammer headlights and a large grille.

Under the bonnet? As a hybrid the XC90 T8 comes with both a petrol engine and electric motor, the engine is a 2.0-litre four-cylinder petrol that is both turbocharged and supercharged, this alone produces 320bhp. The electric motor which sits seamlessly alongside the petrol engine kicks out another 87bhp, combined this huge vehicle has over 400bhp at its disposal. The transition from electric to petrol and back is smooth and mostly unnoticeable, the 8-speed automatic gearbox can be rather ’shifty’ at lower speeds but progress can be made promptly when needed.

What about inside? The luxurious interior of the XC90 is one of its selling points, a commanding driving position and plenty of tech make it highly desirable and as its the only seven seater hybrid on the market at the moment it is extremely unique. The portrait style nine inch infotainment system controls everything within the car including audio, satellite navigation, heater controls and some of the safety systems. The Volvo XC90 T8 does come with a rather stylish Orrefors crystal gear lever should a bit of bling interest you. The XC90 T8 is a perfect family vehicle with plenty of storage space, dual zone climate control and a full seven seat configuration. Boot Space does become limited when all seven seats are up but should you need just the five seats then boot space is a massive 967 litres. 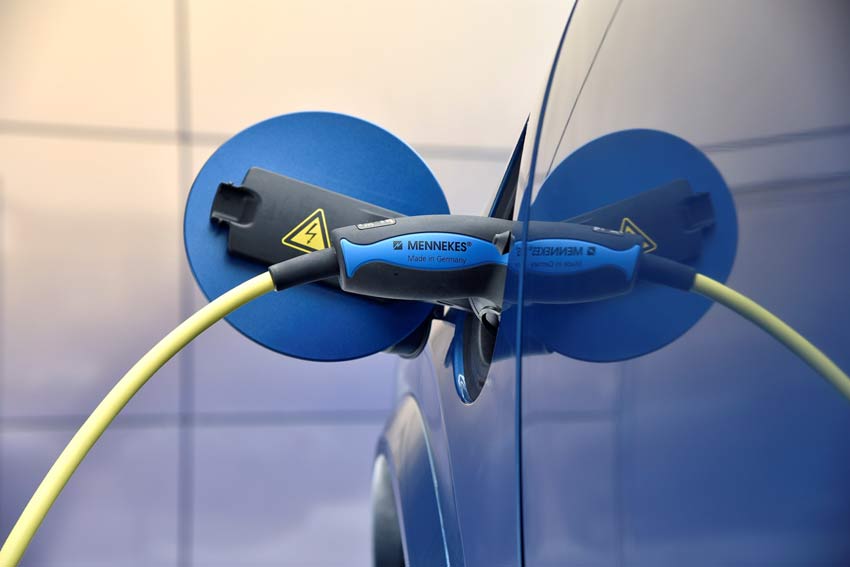 On the road? The XC90 T8 is around 260kg heavier than the petrol and diesel versions, this weight can really be felt under braking and around corners, this extra weight also hampers acceleration even though 400bhp is at your disposal, its not that the car feels slow, it just doesn’t feel 400bhp fast. Suspension soaks up most of the British tarmac but you can add air suspension to make the journey more ‘wafty,’ the XC90 is a capable off-roader but I’m sure it will rarely see a patch of mud, around town steering is light and visibility is good but some of the safety modes such as City Safety can brake suddenly and unexpectedly.

What about safety? Im not sure there is a vehicle out there much safer than the XC90, Volvo are working extremely hard at producing safe cars. The XC90 T8 as standard comes with City Safety (with Steer Assist), Lane edge detection system that picks up the edges of the road and keeps you central on it, Driver Alert Control is an aid that monitors how alert you are when driving. Airbags are adorned around the whole interior and the WHIPS whiplash system that Volvo developed is incorporated to. The XC90 feels like the safest car I have ever driven, so would be perfect addition for a family.

What are my options? Volvo have included many options as standard, but they do collate some of their options into packs such as the Xenium pack which costs £750 and comes with a 360 degree parking camera and Park Assist Pilot with automatic parking. The Winter pack includes headlight cleaning, heated front screen, heated steering wheel and heated washer nozzles at a cost of £525.

Will it break the bank? The main reason for buying the XC90 T8 will be the economy, official figures from Volvo state that the combined fuel consumption is 134.5 mpg, the car charges off a domestic 3-pin plug and takes 2 and a half hours, but this only gives you up to 27 miles range. This range requires a ‘feather touch’ throttle foot to get anywhere near, once the electric charge has been used up the car then switches to petrol, which is thirsty due to its power and weight. Should you be worried about tax then fear not, CO2 output is 49 g/km which gives you a first year tax bill of £10 and a decent company car discount to.

So the verdict? Currently one of the very few  7-seater hybrid vehicle you can buy right now and what a superb package the XC90 T8 is, but beware, really ask yourself what kind of journeys  you will be undertaking. If you rarely do any long journeys, especially on motorways then the T8 sounds like the perfect choice, but if you do a lot of driving then the T8 won’t really pay off and will leave you constantly filling up with petrol. The standard features and huge array of safety aids makes the XC90 the safest on the market and with the large volumes of space it highlights how well it would fit into a family household. The price may come as a slight hurdle though, the T8 version starts at an eye watering £61,715, which is £13,000 more expensive than the base diesel D5 AWD Momentum.

Why you won’t?  Price; Not as economical as you might expect