Why you should consider a rear facing seat

Home » Features » Why you should consider a rear facing seat 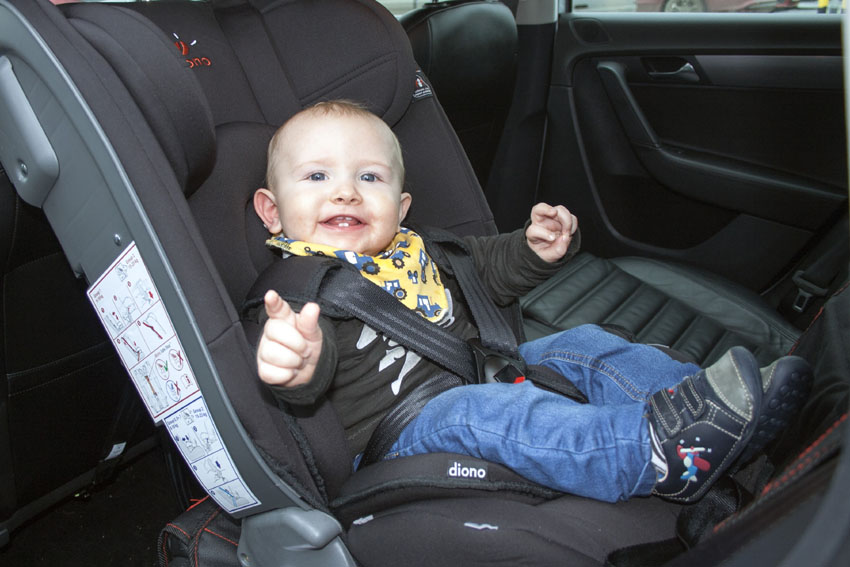 Extended rear facing is not a new phenomenon. In Sweden the recommendation is that children should sit rear facing at least until the age of 4 and the new European i-size regulations will ensure that children rear face until at least 15 months old. In 2009 the British Medical Journal released a statement that rear facing was the safest way for children under 4 to travel.

So, what’s the benefit of rear facing? A baby’s head is proportionally larger and heavier than the rest of their body. As their muscles have not sufficiently developed to support this weight a frontal collision in a forward-facing seat can put catastrophic strain on their neck whereas the same collision in a rear facing seat spreads the impact forces across the whole back, protecting their spine and neck. When you consider that between 70-80% of collisions are frontal a rear facing child seat can dramatically reduce potential injury.

To ensure maximum protection for your child the Plus test is a Swedish test which is carried out on child seats destined for the Swedish market. The test measures the forces that a child’s neck is exposed to in a frontal collision while rear facing. Testing is carried out by VTI, the Swedish National Road and Transport Research Institute, but unlike E-approved seats the Plus test is optional. Seats tested are in group 1 and 2, for children between 6 months and 6 years old and weighing between 9 and 25kg.
The test is designed not only to increase child safety but also to make the choice of car seat easier for parents. Plus tested seats can be fitted to all seats in a car, apart from the driver’s seat. The majority of plus tested seats are belted rather than ISOFIX as ISOFIX seats brackets are only rated to 18kg whereas a belted rear facing seat can be used to 25kg.

Is it not too cramped for the child?

The most common question I’ve been asked about rear facing child seats is about where their legs go! Children are much more flexible than adults and can easily sit cross legged or with their legs up on the back seat. If you’re car proud there are seat protectors available and carefully positioned mirrors will allow you to see and communicate with your child the same as if they were forward facing. It is also possible to turn a child back to rear facing even if they have been forward facing for some time – the choice of a new car seat and a different view of the world through the rear window may just be enough of an incentive to turn.

Extended rear facing seats are available for all budgets and it’s important to consider how long a seat will last you when buying. Your child has only outgrown the seat when they have reached the weight limit or the top of their head (or tops of ears for certain seats) is taller than the seat shell.

What are my options?

Examples of belted extended rear facing seats include the Axkid minikid (9-25kg) and the Diono Radian 5 (0-25kg). The Britax Max-Fix 2 uses ISOFIX and is suitable from birth to 18kg while the Concord Reverso is suitable to 23kg or a max height of 105cm.
If you’re undecided there are however many combination car seats available which can be either rear or forward facing. For example, the Diono Radian 5 is a belted child seat which can be rear facing up to 25kg but can be turned forward facing at 9kg if necessary. The Cybex Sirona or Britax Dualfix can be installed with ISOFIX and are rear facing up to 18kg but again can be turned forward facing at 9kg.

Axkid currently have two combination seats on the market but will be discontinuing these in 2018/2019 to discourage parents from forward facing children before they are able to use a high back booster. They recommend that children are rear facing from 0 to 25kg which is roughly up to 6 years old and 125cm tall.

However, if you’re sure that rear facing isn’t for you or your child Maxi Cosi have recently launched a child seat with inbuilt airbags which they have stated will enhance the safety of children in forward facing child seats enormously. In the event of a collision two airbags located in the shoulder straps of the Maxi Cosi AxissFix Air will inflate within 0.05 seconds, reducing the impact of the force on a child’s neck by up to 55% when compared with other Maxi Cosi forward facing seats. These airbags automatically deflate after 1 second.

For More information on car seats